How to Get Started

I am going to be honest here, Science is not easy. Tomorrow you won’t be a Biohacker or a Scientist contributing to cutting edge research but I have seen people go from very little knowledge to performing experiments that Ph.D. students would be doing in less than 6 months. If you have lots of free time or dedication I imagine that in a month's time you could be exploring interesting and unique Scientific questions.

There are two main areas that one needs to know in depth to become an expert in genetic engineering and Synthetic Biology.

Though RNA is also involved and you should learn about RNA most basic genetic engineering processes can be done without focusing heavily on RNA. So let’s get started.

DNA or DeoxyriboNucleic Acid, is the genetic code and when I say code I mean code. Though DNA doesn’t really do anything mechanical in the cell it gives the cell instructions for how to make things that do. Think of each cell like a 3D printer and the DNA is the code for the 3D printer, the DNA tells the cell what proteins it should make when certain circumstances happen.

What is a protein? A protein is a little nanomachine. This nanomachine is composed of amino acids linked together and these amino acids determine the protein’s structure and function. The DNA codes for which amino acids will eventually be linked to together. DNA is the instruction set for the cell to 3D print proteins. The order of the amino acids being linked together determine what the protein looks like and what its function is. DNA has it’s own markers that delineate sections which each create proteins and these sections are called genes.

So let’s give an example of how the cell would use DNA and proteins. Cells need resources and this can come in the form of sugars and nitrogen containing compounds. But in order for the cell to use and convert these resources they need proteins to do so. A cell will then sense it needs an amino acid which will activate some of the DNA to be turned into proteins. The proteins will then take these sugars and other molecules and through chemical reactions convert them into molecules that the cells want. If you did some genetic engineering the cells will convert the sugars into molecules or proteins that you want!

Here is a video about genes

Genetic engineering is the process of using existing genes from other organisms(either completeled related, like from one corn species to another, or completely different, like taking a gene from a human and putting it in bacteria) or brand new genes we designed ourselves and putting them into organisms.

To start doing basic genetic engineering usually people begin with microorganisms like bacteria and yeast. This is because bacteria and yeast replicate and grow very quickly and can survive in many different environments. This is in contrast to say human or mammalian cells which require much more defined and regulated environments or even plants that can sometimes take a long time in order to engineer.

The cool thing is that because alot of Scientists have been doing genetic engineering for decades there are already some premade genetic programs we call “plasmids” that have been made and can be used by us. A plasmid is just a separate individual piece of DNA that is not part of the cell's genome(the cells own DNA). Think of it like the DNA being the operating system and the plasmid being a program that you use with the operating system. Just like you can download a program to use, you can upload your plasmid into the cell by using chemical instead of digital methods. This involves using chemicals to neutralize the charge of DNA and to open holes in cells so the plasmid DNA can enter the cell and the cell can use it.

There are places you can acquire many different plasmids from but usually plasmids are provided already inside bacteria. This is because bacteria will replicate plasmid DNA because the bacteria think it is their own DNA. Theoretically you have an unlimited supply of the plasmid as long as you have the bacteria! You can grow up bacteria and purify them with a plasmid purification or miniprep kit.

The first goal of anyone getting started in genetic engineering or biohacking should be to put some DNA into a microorganism and yeast is a pretty cool and safe organism to work with. Yeast don’t grow as fast as bacteria or replicate plasmids as well but they are what are called eukaryotes(strange name I know). Humans and dolphins and penguins and plants and yeast and most things you can think of are eukaryotes. This means we all have similar cellular structures. So yeast can sometimes be used to study traits all eukaryotes have in common.  Bacteria are not eukaryotes, they are what are called prokaryotes.

Getting plasmid DNA into yeast is no easy task but understand that when you are learning Science, just as with anything else, it takes a little time. So if things don’t go correct the first time try again and see if you can figure out what went wrong. This is not to say you always can, sometimes I have done experiments 9 times and the 10th time it worked and I couldn’t figure out why! Science isn’t magic even though I sometimes think it is but it is probabilities. Sometimes you shoot nine shots on goal and the 10th goes in.

Try out these kits to begin moving forward in Genetic Engineering 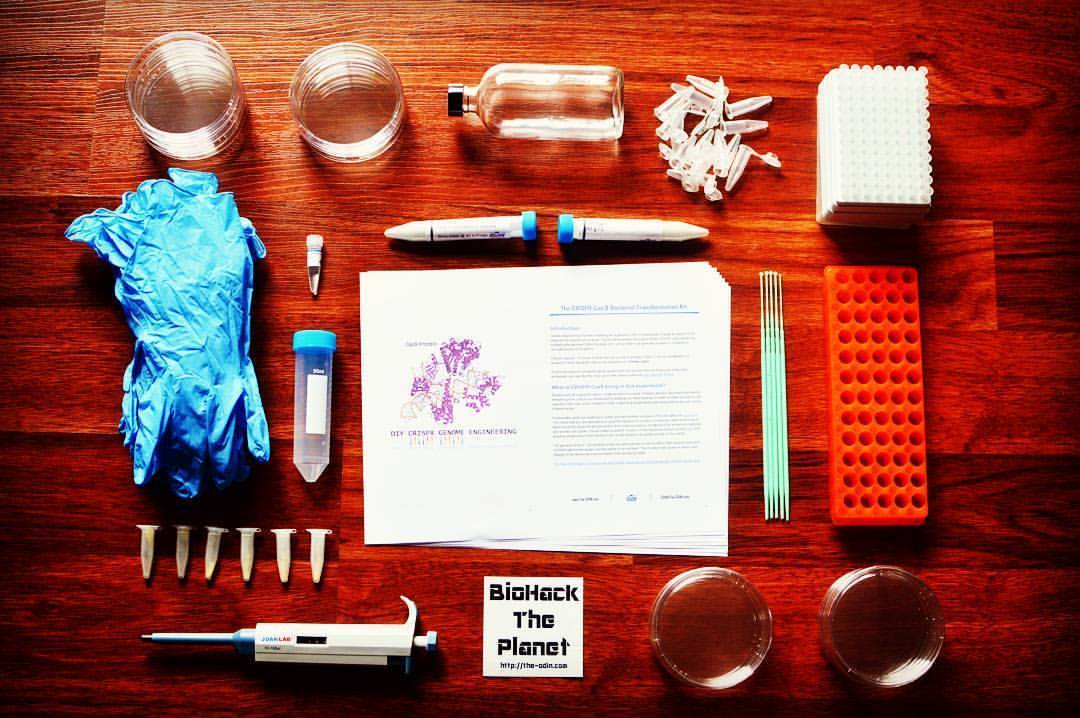 Genetically Engineer Any Brewing or Baking Yeast to Fluoresce 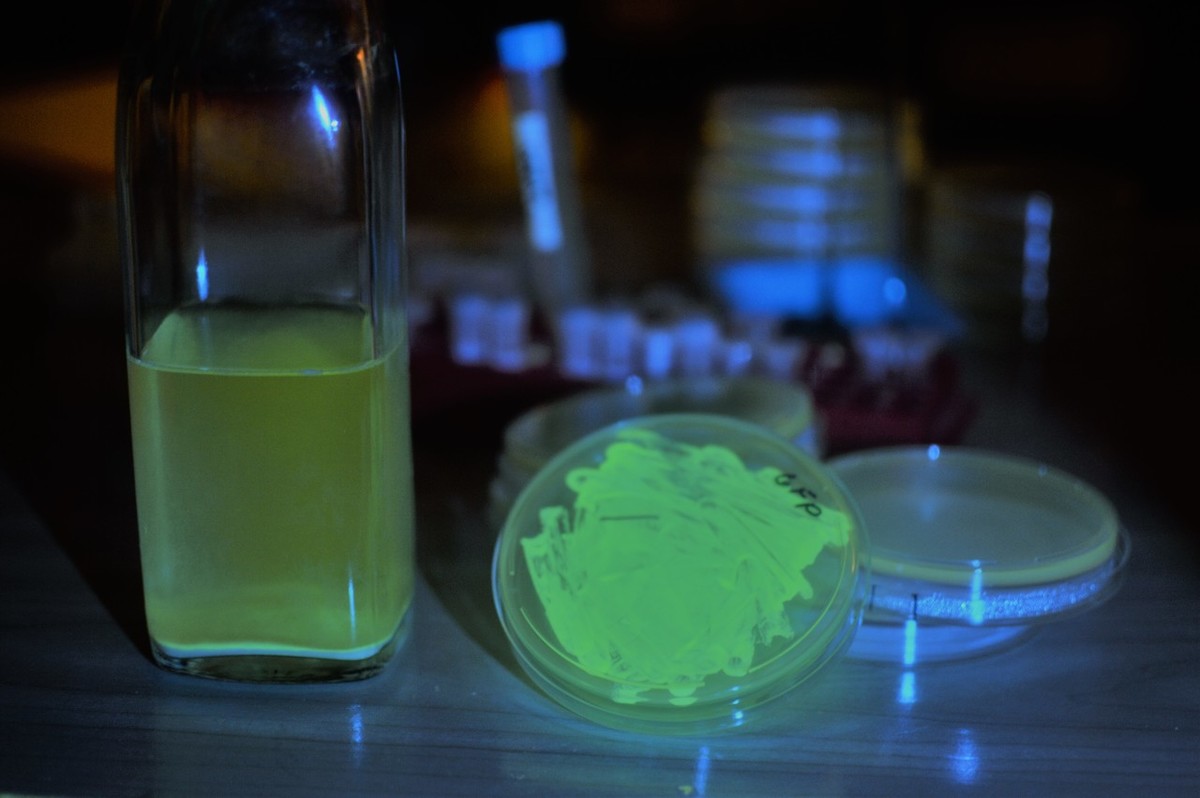 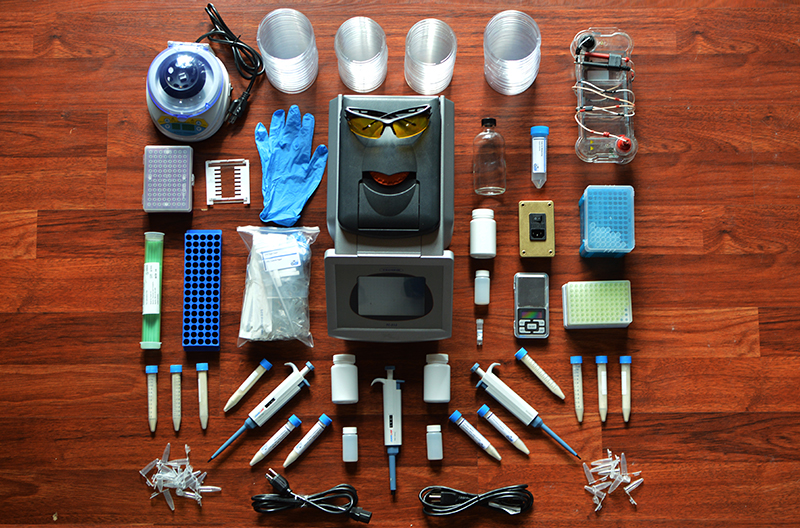